Ministerial to Advance Religious Freedom July 24-26, 2018 Potomac Declaration Preamble: The Universal Declaration of Human Rights proclaims in Article 18 that “everyone has the right to freedom of thought, conscience and religion; this right includes freedom to change his religion or belief, and freedom, either alone or in community with others and in public or private, to manifest his religion or belief in teaching, practice, worship and observance.” The freedom to live out one’s faith is a God-given human right that belongs to everyone. The freedom to seek the divine and act accordingly—including the right of an individual to act consistently with his or her conscience—is at the heart of the human experience. Governments cannot justly take it away. Rather, every nation shares the solemn responsibility to defend and protect religious freedom. Today, we are far from the ideal declared in the Universal Declaration of Human Rights 70 years ago – that “everyone has the right to freedom of thought, conscience, and religion.” This right is under attack all around the world. Almost 80 percent of the global population reportedly experience severe limitations on this right. Persecution, repression, and discrimination on the basis of religion, belief, or non-belief are a daily reality for too many. It is time to address these challenges directly. Defending the freedom of religion or belief is the collective responsibility of the global community. Religious freedom is essential for achieving peace and stability within nations and among nations. Where religious freedom is protected, other freedoms – like freedom of expression, association, and peaceful assembly – also flourish. Protections for the free exercise of religion contribute directly to political freedom, economic development, and the rule of law. Where it is absent, we find conflict, instability, and terrorism. Our world is a better place, too, when religious freedom thrives. Individual and communal religious belief and expression have been essential to the flourishing of societies throughout human history. People of faith play an invaluable role in our communities. Faith and conscience motivates people to promote peace, tolerance, and justice; to help the poor; to care for the sick; to minister to the lonely; to engage in public debates; and to serve their countries. Religious freedom is a far-reaching, universal, and profound human right that all peoples and nations of good will must defend around the globe. -2- With this in mind, the Chairman of the Ministerial to Advance Religious Freedom declares: Every person everywhere has the right to freedom of thought, conscience, and religion. Every person has the right to hold any faith or belief, or none at all, and enjoys the freedom to change faith. Religious freedom is universal and inalienable, and states must respect and protect this human right. A person’s conscience is inviolable. The right to freedom of conscience, as set out in international human rights instruments, lies at the heart of religious freedom. Persons are equal based on their shared humanity. There should be no discrimination on account of a person’s religion or belief. Everyone is entitled to equal protection under the law regardless of religious affiliation or lack thereof. Citizenship or the exercise of human rights and fundamental freedoms should not depend on religious identification or heritage. Coercion aimed at forcing a person to adopt a certain religion is inconsistent with and a violation of the right to religious freedom. The threat of physical force or penal sanctions to compel believers or non-believers to adopt different beliefs, to recant their faith, or to reveal their faith is entirely at odds with freedom of religion. Religious freedom applies to all individuals as right-holders. Believers can exercise this right alone or in community with others, and in public or private. While religions do not have human rights themselves, religious communities and their institutions benefit through the human rights enjoyed by their individual members. Persons who belong to faith communities and non-believers alike have the right to participate freely in the public discourse of their respective societies. A state’s establishment of an official religion or traditional faith should not impair religious freedom or foster discrimination towards adherents of other religions or non-believers. The active enjoyment of freedom of religion or belief encompasses many manifestations and a broad range of practices. These can include worship, observance, prayer, practice, teaching, and other activities. Parents and legal guardians have the liberty to ensure the religious and moral education of their children in conformity with their own convictions. Religion plays an important role in humanity’s common history and in societies today. The cultural heritage sites and objects important for past, present, and future religious practices should be preserved and treated with respect. 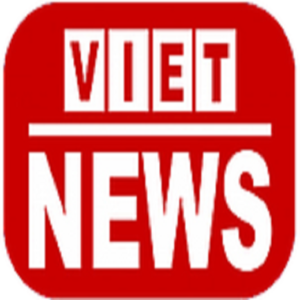